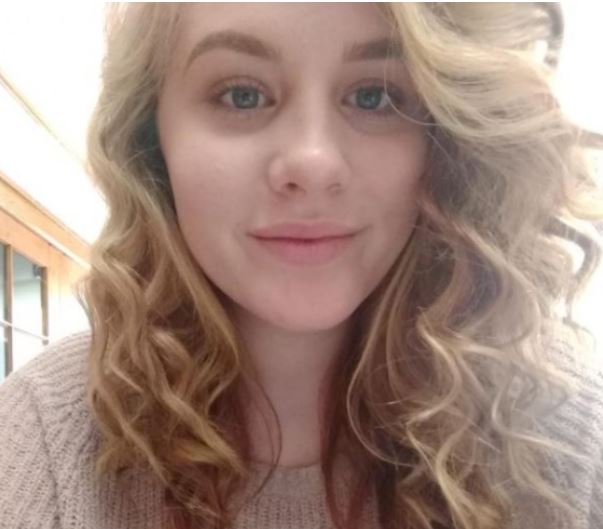 I’m just another girl struggling to live a hard life that will probably get harder as I get older. So much has happened in just 17 years, and if I were to write an autobiography, it would be really long. There’s a lot to tell, and a lot of memories.

When I was seven, I moved to New York to live with my mother instead of my father. I was forced to adapt to a new environment and surroundings at such a young age. I actually remember what that was like and I didn’t like it. Moving away from the things I became attached to made me hate life and became a habit. We stayed in New York, but moved from town to town until we stumbled upon Belfast (I was 13 by then) — where I’m currently living. Hopefully, I won’t have to move again, I can’t take it anymore.

I like my school, just not most of the people in it….people. They don’t make life easy, that’s for sure. I’m used to New York, but I could never get used to the criticism I face daily, like every other teenager. At least whenever I moved, I left all my enemies behind. That was the only good thing about moving. But this time, I can’t get away from my enemies that easy, I’m here to stay.

It’s very common for teenagers to find out who they are through criticism. The criticism has certainly shed some light on my insecurities, so thanks. Thanks for making me aware of the things I wish I could change about myself, but can’t. I can barely be myself anywhere. Everything I say and do reflects my personality and one wrong statement could turn into a rumor, and one wrong action could turn into a gossip fest. Next thing you know, you’re the topic of everyone’s conversations, and you’re suddenly popular for the wrong reasons. That’s how easy it is to be destroyed. I haven’t reached that point yet, but to be honest, I’m not far from it.

God helps me through the hard times. Believe it or not, praying is actually beneficial. Sometimes my prayers are answered and sometimes they aren’t. I guess it all depends on what I’m praying for. As a Christian, I pray for forgiveness and hope. Forgiveness for the bad things I’ve done and will most likely do in the future, and hope that I’ll actually be happy again. That’s the thing, nobody knows how I really feel. The smile I wear is deceiving. I wear it to hide the sadness and discontent I can’t seem to shake off. God is aware though, the only one who knows.

Some of my family members help me too. I have ten siblings, but only one of them is helpful. Brach is the only sibling I get along with, which makes sense because he’s my twin. As for my parents, my mom is there but, unfortunately, my dad is not. He died in December, and a big part of me died with him. There isn’t much left, but I’m still trying. At least I’m trying. It’s hard to live without him. I had two parents one minute, and the next, just one. I miss him. I don’t understand why God would allow this to happen me. Like my parents, I believe and worship God, and I thought that’s all it took to live a long time. Guess not. But at least the void is somewhat filled with a boy I’ve dating for two years. My dad was irreplaceable, but my boyfriend loves me just as much as my dad did, and that’s all that matters now.

If I was God, I would change the amount of violence and pain in the world. Violence toward people, animals, and all other living things needs to decrease. The world would be a better place if we stopped fighting and criticising each other. The world lacks love and if I had the power to change that, I would. Life would be so much easier if love was displayed more than hate. I hate that hate rules everything. That’s the one thing I find hard to accept and frankly, live with.

My life is a story, but I’ll only tell it to those who could learn from it. I know that seventeen years isn’t much, but so much has happened already. I hope my story has a happy ending. I don’t know how it will end, but at least I know how I want it to end. I don’t want to die alone, that’s for sure, and I don’t want to die at a young age.

-The American Teenager Project was inspired by a book and online nationwide project by photographer Robin Bowman and educator Julia Hollinger that collects interviews with adolescents in order to respectfully share their stories and build community.  BCS students in grades 10-12 recorded interviews with one another and used those to write profiles of their classmates. We will publish these throughout the school year.