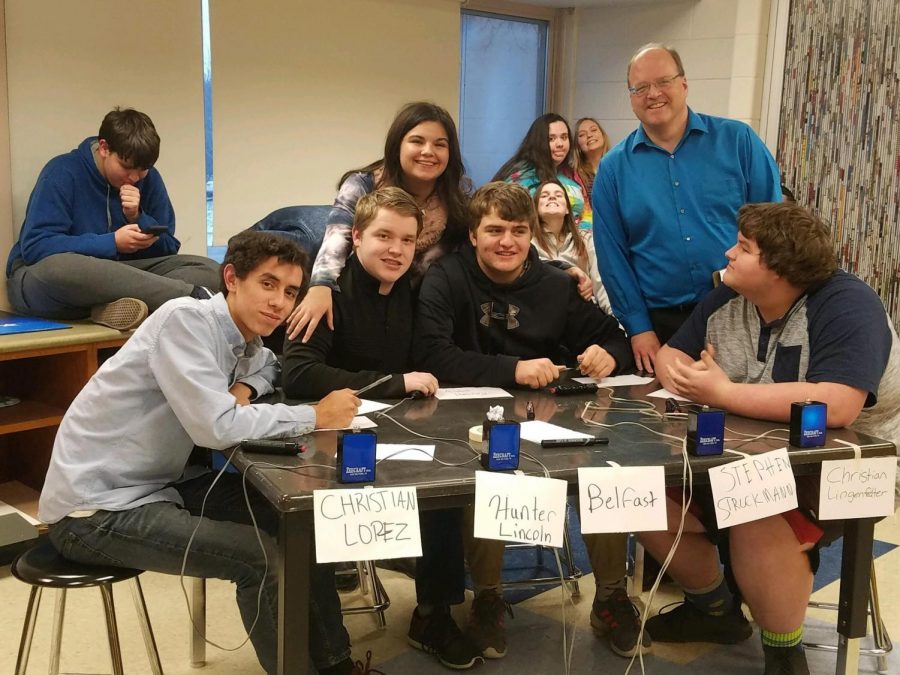 MasterMinds is a quiz game show in which participants answer scholarly questions in the areas of math, science, history or geography.

The BCS roster consists of Christian Lingenfelter, Christian Lopez, Hunter Lincoln, Aidan Heaney, and Stephen Struckmann. Schools in the area that compete include Fillmore (the 2018 League 9 Champion), Keshequa, and Mt. Morris. They have meets about once a month against seven other schools.  Just this most recent meet, BCS took two straight wins, including against the number one ranked team, Livonia.

BCS is currently third in the division, with five wins and three losses, and also has three students on the points leaderboard for the league. Hunter Lincoln is tied for 12th with 50 points. Aidan Heaney is tied for 8th with 95 points, and Stephen Struckmann rounds out the leaders in second overall with 240 points.

Here’s a sample Masterminds question:  “This country lies west of the Itaipu Dam, whose construction caused an economic boom during the dictatorship of Alfredo Stroessner.  This country won most of the battles in the Chaco War against its northwestern neighbor, Bolivia.  For 10 points — name this country governed from Asuncion.  (Answer:  Paraguay)”

Good luck to all the MasterMind competitors!