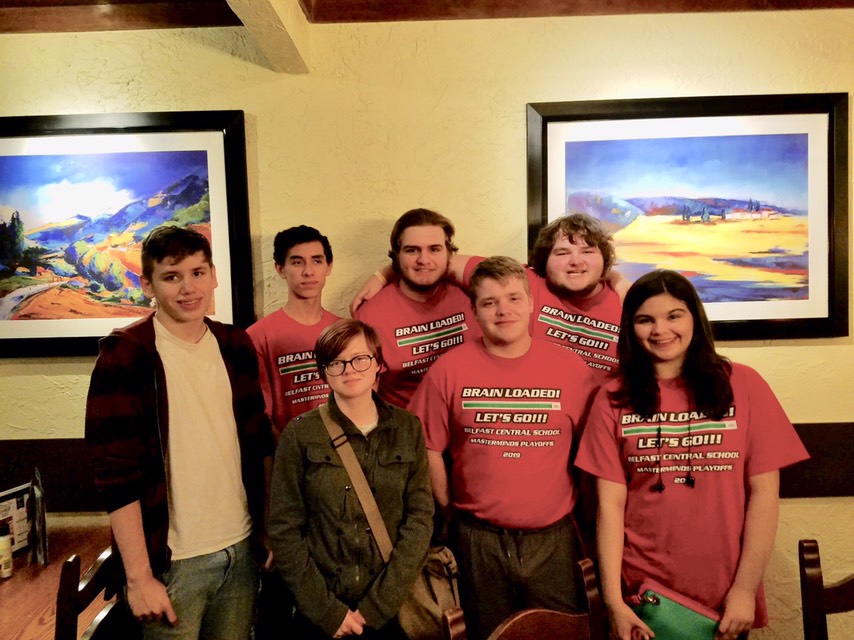 The seventh version of this software, called “Nougat,” was released in 2017. Windows may have been surpassed by this operating system as the most‐installed in the world. For 10 points—what mobile operating system developed by Google is named after a word for a human‐ like robot?

This is just one of many possible questions asked at a MasterMinds event. Masterminds is a unique competitive experience that allows students from across the country to showcase their knowledge of the world around them. Each game is broken down into two eight minute halves with questions pertaining to many subjects, including Math, Science, Geography, History, Politics, and Pop Culture. Each  team can play four of their players at a time, one of which is a designated captain who speaks for the team if an answer in a bonus round cannot be agreed upon. At the halfway mark any of these four players can be switched out for new team members. At this time the captain can also be switched as well. A question is read aloud to both teams and any player can ring in to answer this question. Whichever player rings in first will then answer the question without help from their players. If this player answers this question correctly the team as a whole will get asked three bonus questions to gain 10 points each. During this round the team can confer with one another to answer the questions. Players also have the opportunity to gain 15 points on a question if they answer it correctly before the question is completed, but the players are deducted five points if they buzz in early, and answer incorrectly. At the end of each match, the team and player statistics are compiled into a leaderboard format and posted online at http://www.nymasterminds.com.

On April 11, 2019 our team got the chance to compete in Keshequa for the last regular season competition. The Belfast MasterMinds team consists of Christian Lingenfelter, Christian Lopez, Stephen Struckmann, Hunter Lincoln, Aidan Heaney, and Elisa Houser. Belfast finished the season strong with two wins against Keshequa and Bloomfield, rounding out the season in first place in the league, with 9 wins and 3 losses, and 1,825 points. While everyone else was on break the team took a trip to Irondequoit to play in the playoffs with teams from around the Rochester Area. Our Bulldogs played extremely well, beating Wayne 175-100, but losses at the hands of Brockport and McQuaid sent them home in the third of six rounds of play. Coach Lingenfelter says “I am proud of my team, they are doing an awesome job for their first year in the competition.”

Participating in MasterMinds is an incredible opportunity. Students get to learn so much about the world they live in while creating strong friendships with their teammates and representing their community in a competitive environment. Watching this program develop and grow will definitely be exciting in the years to come!  Starting next year, we will also have a JV team open to grades 7-9. Also, as some may have been able to guess, the answer to this sample question mentioned at the beginning of this article is Android.